Emma graduated from the University of Queensland with honours in veterinary science in 2015. 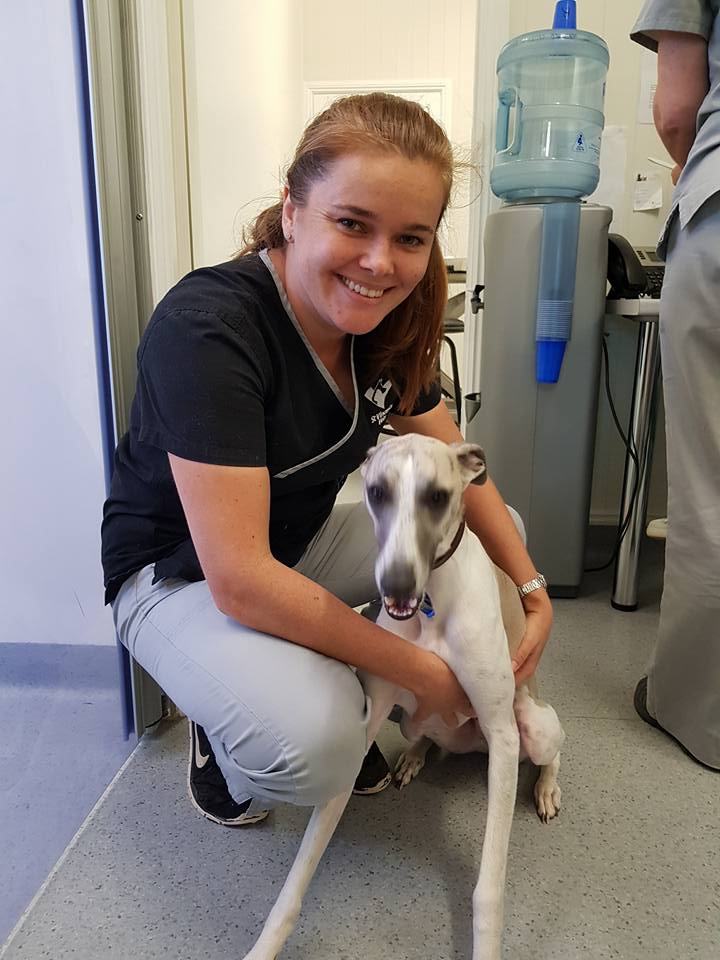 She previously worked in a large small animal hospital near Caboolture.

Emma has previously worked in the property industry and holds a bachelor of law and property development. After a few years she decided to change career paths and followed in her family’s footsteps. Emma has become the third generation of veterinarians in her family after her grandfather and aunt.

Emma’s passion lies in emergency and critical care and surgery although she loves all aspects of veterinary general practice and is always attending conferences and looking for new ways to further her knowledge. She has spent time as a volunteer surgeon for the RSPCA at the Brisbane Animal Care Campus and for the Soi Dog Foundation in Thailand.

At home Emma has two fur children Bob the whippet who can often be seen greeting patients at the clinic and Ruby a very sweet ginger cat who Emma saved from the Rockhampton pound during cyclone Marcia in 2015.